The first thing everyone thinks of should be Jackie Chan , Jet Li , Wu Jing and others

In fact, there are many martial arts actresses in the entertainment industry

These are the once famous “beat girls”

Recently, Asians have been racially discriminated against and hate incidents are particularly frequent. It is really uncomfortable to see these news every day.

But to a certain extent, it can also reflect that overseas Chinese can be united, support each other when encountering problems, and no longer be ” dumb “!

Zheng Pei-pei (English: Cheng Pei-pei, January 6, 1946 -), a Chinese American, was born in Shanghai, China. His father Jiang Xuecheng was from Shaoxing, Zhejiang, and his mother was from Zhongshan, Guangdong. A veteran Chinese-speaking actor and a Hong Kong veteran martial arts actress, she became popular in Taiwan's entertainment industry, and she is known as the "chivalrous girl". Taipei wealthy ex-husband through the original, with whom he has three daughters and a son, the eldest daughter Eugenia Yuan and three women Marsha are all actors, only son of the original show host and jade.

You may be unfamiliar with this name

But everyone must remember the " Mrs. Hua" in " Tang Bohu Spots Autumn Fragrance "

This role is played by Zheng Peipei

"Tang Bohu Spots Autumn Fragrance" is also her first film to come back after 20 years of filming.

Zheng Peipei, who was very popular at the time, chose to marry her when her career was in full swing.

When she returned to the film scene after divorce, young audiences had long lost their understanding of who she was.

She is in distress with nothing to film

Until I received Zhou Xingchi's invitation

Ask her to play the part of "Mrs. Hua"

Restarted her film and television road

Zheng Peipei was born in Shanghai in 1946

Life at home is still rich

When parents are busy at work

Learn to dance in your spare time

I got a solid dance skills

She lived a stable and happy life in her childhood

But the weather is unpredictable

When Zheng Peipei was a teenager

It was a boom in the south

Then settled down in Hong Kong

Later appreciated by the head of the group Gu Wenzong

Give her all her life's performance theory

And Zheng Peipei did not live up to Gu Lao's expectations

She was only 17 years old

In the first movie "Baolian Lantern", the role of "Liu Yanchang" was reversed

Superb acting, with heroic spirit between eyebrows and eyes

At the age of 18, she was invited to participate in the literary film "Love. People. Stone"

This work made her name in one fell swoop

Become the first Asian actress to receive the award

Later, the famous Zheng Peipei successfully signed the "Shaw Brothers" company after graduating from the troupe.

In 1966, she and her classmates Chen Honglie , Yue Hua and others co-produced the martial arts film "The Drunk Man"

This movie is the pioneering work of the new Chinese martial arts movie, and it is worthy of the attention of the audience.

Zheng Peipei as the heroine

Because of my own dance foundation

Her body is extremely flexible and coordinated

Acting in a martial arts movie comes with agility and neatness

This role was extremely successful

She herself even won the title of "the first chivalrous woman"

Compared to Zheng Peipei who is already famous

At that time, Jackie Chan, Sammo Hung and others were still newbies

Those who are less than 20 years old are just "little brothers" in the martial arts at this time.

" Iron Baby ", the Cheng Pei Pei was beat up the Jackie Chan brother

In addition to the fights and kills in the play

In his early years, Zheng Peipei was also a young and beautiful girl

There are countless suitors behind

When we filmed "The Drunk Man" together

Compared with the turbulent Chen Honglie

Zheng Peipei chose the honest Yue Hua in the end

In this way, the two experienced a five-year long-distance love race

But in the end, this relationship was destroyed by the appearance of a person

You may not be familiar with this person

But there was such a sentence

Ni Yishu is a famous writer, as good at writing romance novels as Qiong Yao

At that time there was no such thing as "fire prevention, theft prevention, and best friend"

Ni Yishu’s marriage broke down at that time

And of course, as a boyfriend, Yue Hua always follows Zheng Peipei

Ni Yishu didn't know when she hooked up with Yue Hua.

After that, I never interacted with the two again

And she is an old school traditional thought

So Zheng Peipei, who was only 24 years old, chose to marry Xiying

At the peak of her career, she gave up everything

But Mrs. Ko is not so good

Their patriarchal thinking is even more ingrained

Therefore, Zheng Peipei’s first task as a wealthy wife is to give birth to a son for the old family.

But the first few babies are all daughters

Zheng Peipei had no choice but to continue to give birth

She later exposed herself in the show

In order to have a son

In order to have a son, she was pregnant eight times, miscarried four times, and only supported four children

The first three are all daughters, which makes her very unwelcome in the original home

And my husband Yuantong never feels sorry for her

When she was pregnant and gave birth, Yuantong was never by her side

When she moved with a big belly, Yuantong sat on the box and watched her move.

I often go against her in life

There are more and more conflicts between the two

All of this makes Zheng Peipei feel exhausted

After finally giving birth to a son

She asked for nothing, only took four children away

After that, Zheng Peipei took the children back to Hong Kong

She wants to return to the film world

But how easy it is

Fast update of the entertainment industry

Today's young audiences don't even know who she is

Zheng Peipei, who has no drama to film, lives in distress

I can only commit myself to the temple

I even wanted to become a monk.

Finally, she finally received an invitation

After that, I started my second career

Grandma in "The Legend of Sword and Fairy"

Said that without him, there would be no self today

I really thank Zhou Xingchi for the opportunity he provided

He started the second spring of his career

When Stephen Chow was "siege" on the Internet

Zheng Peipei also came out to support him

It can be said that he is a very grateful person

Shine for your favorite acting career

Speaking of kung fu actress, in fact, the earliest one should be Zheng Peipei. She had starred in many roles valiant at a young age, was also the generation of kung fu actress, we still Asia's first woman to win the prize Jin Wushi Asian actors. However, despite the opposition of his parents, he chose to marry and quit the entertainment circle, missing the best opportunity for development. But the marriage still failed to be what Zheng Peipei wanted. In the end, she was abandoned by her husband and could only choose to return to the entertainment circle again. 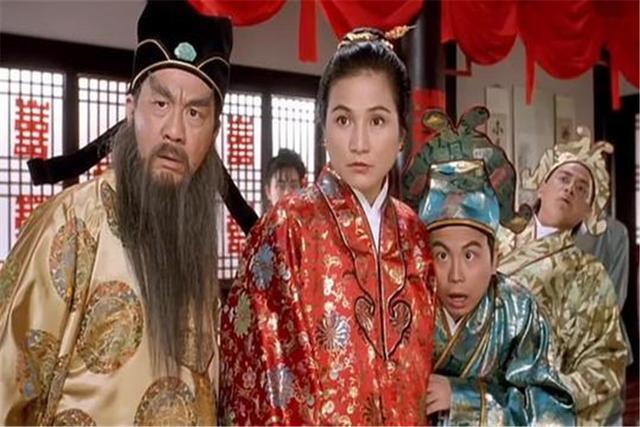 Zheng Peipei was born in Shanghai and lived in Hong Kong with her parents when she was fifteen. After living for two years, Zheng Peipei felt that the family pressure was so great that she should also shoulder the responsibility of supporting the family for her parents, so she later signed up for a recruiting exam for a theater company when she saw an opportunity. After studying for a while, Shaw started to recruit actors. At that time, the film industry was just beginning to develop, so Zheng Peipei felt that being a film actor was more promising than a drama actor, so he later joined the Shaw Film Company , learning to perform while waiting for opportunities. After entering the company, Zheng Peipei quickly got an opportunity to play the role of Chen Xiang's father in the film "The Lotus Lantern". 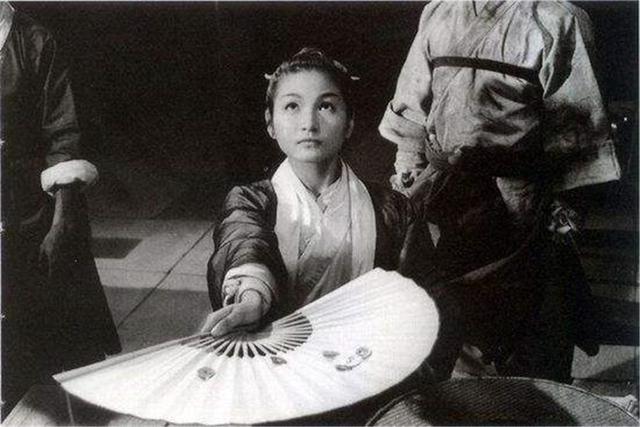 Although Zheng Peipei played a literary role this time, and there was no fighting action, because the reverse performance showed her superb acting skills, she was appreciated by Director Hu Jinquan, allowing her to play in another film she directed, "The Lover" Acting as the heroine in "Stone". This film has a very big international reputation, and Zheng Peipei also won a "Golden Samurai Award" awarded by the International Association. Before her, no Asian has won this award. Zheng Peipei has also become the first Asian actor. , Her status at the time was pushed to a new height. Later, when Director Hu Jinquan was about to switch to shooting the martial arts film "The Drunk Man", he immediately remembered Zheng Peipei and invited her to play the heroic kung fu master Jin Yanzi in it.

This movie was called by later generations to be the pioneering work of the new school of martial arts movies, and has a very high status, and Zheng Peipei has also gradually received invitations to star in many kung fu movies, and is referred to by many media as the martial arts queen. But after a few years, Zheng Peipei suddenly quit all her jobs and married a wealthy businessman to live abroad. At that time, her parents were also very opposed, thinking that her daughter would definitely not be able to live a good life abroad, and marrying a rich family would definitely not be a good thing, but Zheng Peipei was very determined to marry each other, and after that she completely withdrew from the entertainment industry.